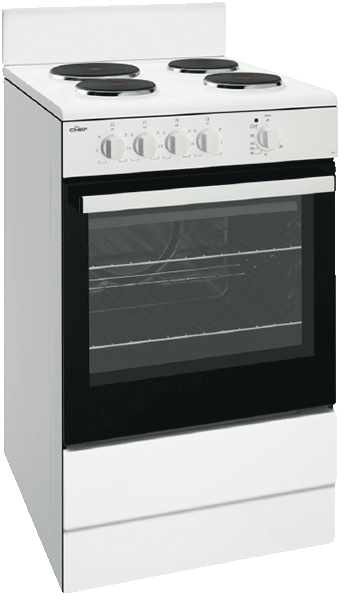 What type of ovens use Chefs?

The commercial ovens used by chefs are the cornerstone to any kitchen because it is where majority of the cooking is done. There are different type of ovens used by chefs being categorized on how they usually cook the food and any added features they may have. Choosing a right one become the key when getting the top results from it. Every oven type has particular pros and cons which may affect whether it is right to you. Now, what type of ovens use Chefs?

The gas ovens which are the used by chefs, use gas as the source of power. The burning gas creates the heat used by oven. They are normally cheaper when running because they heat an oven to the temperature very fast. However, many newly living built spaces do not use gas because of the safety reasons mainly blocks of the apartments. Gas ovens incline to be the little pricier honest but can result in the greater saving down a line. The gas ovens are much better at retaining the moisture which makes them better for meat roasting.

The electric ovens become the popular option found in the market. They are fairly cheap, easy to clean, easy to run, and also suitable for majority of the home cooking requires. Electric ovens produce more heat which is the best to chefs who want to make the food very first. This makes them to be great for the baking and they may be a bit more expensive when running them.

The electric ovens may be separated into two types being convection and conduction. The convection vs conduction is how the ovens heats up the air. The conduction oven is much common type of oven used by chefs and sometimes it is called the "fan" or "conventional" oven. The conduction oven can heat from bottom up. They are mostly without issue, even though some users usually complain for leaving some pockets of the cooler air at the top of an oven.

The convection ovens normally circulate the heat with the fan at the back and designed to make temperature within an oven to be more even. A fan makes the electric oven to be more efficient where the food is cooked at the lower temperature, which saves money and energy. If you are using the convection oven, it is worth of being mindful to the height of sides of the dish in case circulating heat has ends up to skim over the food.

The popular and well-known type of the oven is the self-cleaning oven. Everyone usually hates to clean their oven, but the self-cleaning oven helps you to get around in this duty. There are actually two types of the self-cleaning oven which is catalytic and pyrolytic. Catalytic oven is lined with the chemicals which absorb the food spills before being burned on. Pyrolytic ovens can heat upto extremely high temperature to burn off the food stains, therefore the users can simply sweep out the ash from the bottom.

The commercial microwave ovens are the type of the electric oven used by chefs which heats the food using the electromagnetic waves. The vibrate food particles together with the friction make the food heat up. While the microwaves are well-known mostly as the tools for reheating the food, these days they do much better. Microwave ovens are quick and efficient to energy.

Some important ovens are worth to mentioned like a commercial pizza oven or a combi oven.

How much cost a chef oven?

Price of a chef oven is based on :

What do Petra's customers think?

Thank you to Sam and Paul for all your hard work in our journey involving our shop fit out and equipment supplies. Petra Equipment has a great range of products with competitive prices.

A chill dudea year ago

Such good service! We needed catering equipment for major event at very short notice and the staff at Petra not only made it happen but made it an enjoyable experience in the process.

I just wanted to share my amazing experience with the team at Petra Equipment. From the very beginning, the team has shown me a great deal of professionalism and experience in bringing my restaurant vision to reality [...] I would definitely recommend Petra Equipment to another who is looking to start out in the hospitality industry.

John and the boys from Petra Group have excelled themselves in fitting out our premises (The Local Burger Bar ) at Lugarno. We were referred to them because of there detail of work and there expert advise throughout the build was invaluable. The fitout was from scratch and all the tradespeople throughout the build were faultless. Many thanks Graham and Teresa.